As this is PBGS’s 50th Anniversary we will be posting some snippets about our history throughout the year, so look out for our ‘PBGS 50 Years Singing’ Specials! So – how did our Society start? PBGS was founded in 1971 by Peter Jenkyns, lecturer at what was then the Putteridge Bury Teacher Training College just outside Luton, and June Pickard who was studying to become a teacher there. Peter was an accomplished singer, composer of children's vocal music and MD - even sought after by the D'Oyly Carte as a patter baritone - and June was an experienced performer and producer who had trained at the Royal College of Music. The first PBGS members were all students who were part of the Department known as 'Music Main' and their very first production was that perennial favourite, The Pirates of Penzance. Above is Peter, in a great photo taken by The Luton News in 1983 to promote Ruddigore, and below a programme from our 1973 Gondoliers and a photo from our 1976 production of The Yeomen of the Guard! 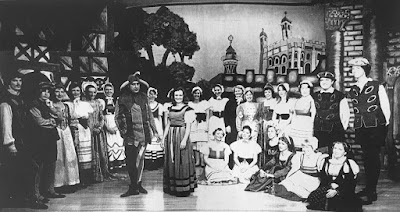 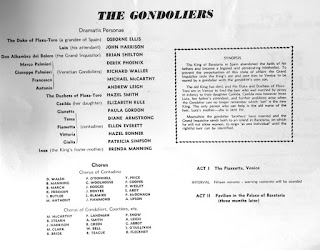 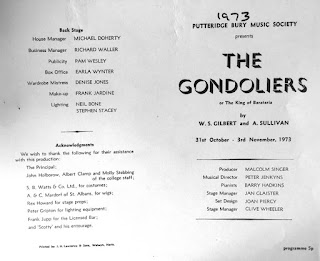