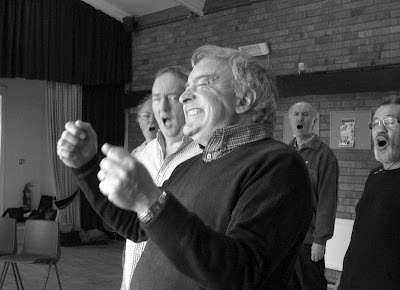 Graham Gibbs gives it his all as the Duke of Dunstable

Only a few days to go now before we open with Patience at the Queen Mother Theatre in Hichin! There are tickets left for all nights, and if you are in any doubt as to whether this is going to be a fantastic night out, then maybe these rehearsal photos will clinch it for you. 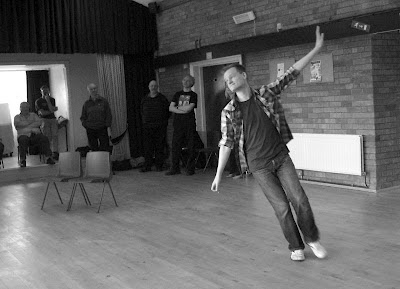 Tim Sell defies the laws of gravity as Bunthorne 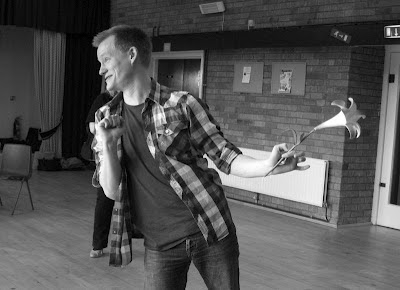 No Bunthorne is complete without a Lily... 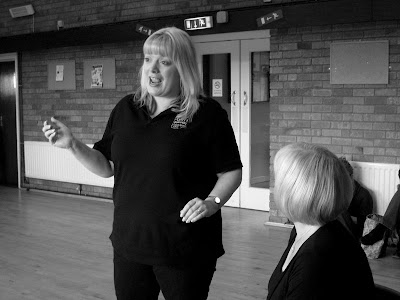 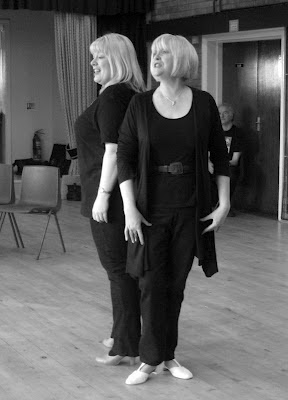 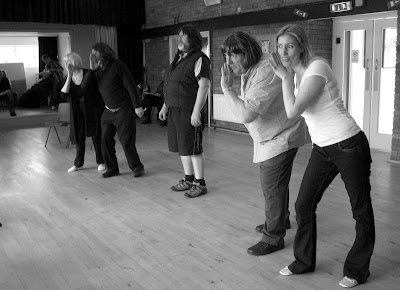 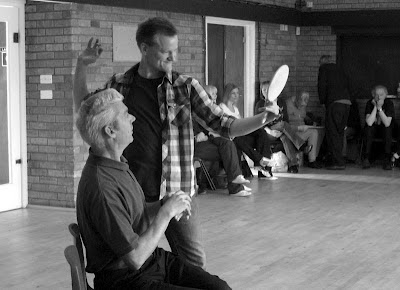 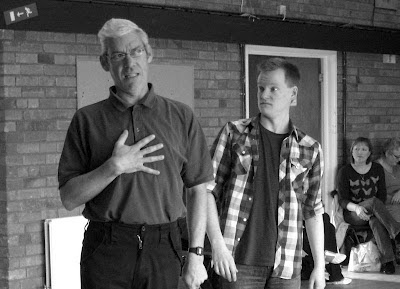 Tim (Bunthorne) is not amused by the results!

Patience opens on 2 May. Full booking details can be found here. 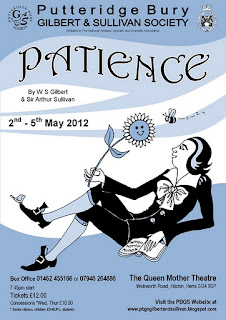 Our Spring Show, Gilbert & Sullivan's Patience, opens on May 2nd (tickets are selling fast so don’t delay booking!). With just under two weeks to go the Show is already on sparkling form and Alison Gibbs' production promises to deliver a hilarious night out both for those familiar with the show and for those that aren’t! It is mainly traditional but with some twists and - for G&S buffs - there is a chance to finally hear the second verse of the beautiful Patience-Angela duet ‘Long years ago…’ which Gilbert cut after the first few nights. For those that would like to read a synopsis of the show before seeing it, follow this link to the Gilbert and Sullivan Archive for all that and more.

When Patience, or ‘Bunthorne’s Bride’, opened at the Opéra Comique on 23rd April 1881 Oscar Wilde himself was in the stalls to watch their send up of all things Aesthetic. The Sporting Times reported ‘There with the sacred daffodil stood the exponent of uncut hair…Ajax-like, defying the gods!’ 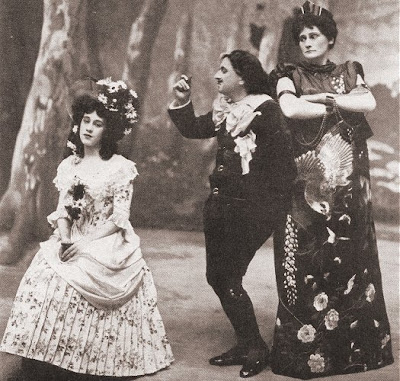 Clara Dow, C. H. Workman and Louie Rene in a 1907 production of Patience.

Patience was a huge success with a total of nine numbers demanding an encore on the opening night. According to Era “the curtain fell amidst hearty applause, and Mr. Gilbert and Mr. Sullivan were called to the footlights and congratulated most emphatically upon their success”. It was still running when D’Oyly Carte opened his new Savoy Theatre in October 1881 and was the first production performed in the theatre:


“The Theatre will be opened under my management on Monday next, October 10th, and I have the satisfaction to be able to announce that the opening piece will be Messrs. W.S. Gilbert and Arthur Sullivan’s Patience, which, produced at the Opéra Comique on April 23rd, is still running with a success beyond and precedent.” – R.D’Oyly Carte’s opening announcement. 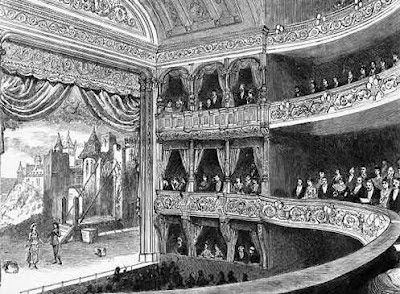 Between the two theatres Patience ran for a total of 578 performances. Gilbert was worried that Aestheticism was a passing phase and Patience would pass with it, but it has proved enduringly funny and always will be while there is still a self-regarding artistic establishment to puncture and fads to be followed.

Booking details for our PBGS production of Patience are here, and we are looking forward to seeing you at The Queen Mother Theatre, although we can’t promise to encore nine numbers!

Our Autumn Show will be Jack the Ripper the Musical. The Society will be hiring some scores, but if you would like to have your own copy in advance of rehearsals to get acquainted with the show (and the parts!) scores and libs are available to buy from Samuel French Ltd.

This coming Saturday's PBGS Barn Dance has been cancelled. Sadly there just weren't enough tickets sold for what would have been a really fun evening. If you've already paid for tickets please contact PBGS for a full refund!