Many thanks to Life-Member Helen Farmer-Butler who has rustled up this lovely account of how PBGS started in 1971, written by our first MD, Peter Jenkyns, for our 21st Anniversary programme. It’s fascinating!

“Twenty five years ago Putteridge Bury was a ‘College of Education’, training teachers in an attempt to rectify a serious shortage of teachers in the area. Most of the students were ‘mature’ having had previous careers or, in the case of many women students, having raised a family and seeking the challenge of a professional career.

Into this atmosphere came a fifty-year old student straight from the Air Force (and, moreover, of ‘exalted rank’ as Gilbert might have put it!). His name was Brian Champion and he approached me one day (I was music lecturer on the staff) with the proposition that if I were to conduct “The Pirates of Penzance”, he would organise the whole affair. I agreed and called upon a very talented student of mine to produce the opera and sing the part of Mabel. Her name was June Pickard…

True to his word, Brian set to work. His method was similar to that adopted in a military campaign. His production office had huge charts on the wall into which were stuck coloured flags. On another wall was a ‘flow chart’. I had the feeling (shared by others I am sure) that, if we were behind schedule with any aspect of the production, there was quite a danger of being shot! In the event, the whole thing went with a precision which, I am sure, was unmatched by any other society in the land. As if the role of Generalissimo was not enough for him, Brian gave a memorable account of the Sergeant of Police!”

In 2000 PBGS extended its horizons further under the leadership of our then Chairwoman, Dorothy Williams. Dorothy believed that the Society now had the confidence, reputation and skill to apply for the International Gilbert & Sullivan Festival, which took place every year in Buxton. We applied with a video of our 1999 production of Ruddigore, were accepted, and the following year we appeared in competition there at the Buxton Opera House with our 2000 production of The Gondoliers.

Produced by Gabriel Butler, who also played the Duke of Plaza Toro, and Conducted by Margaret Blenkin, the production was very well received by both the enthusiastic audience and the adjudicator and was a great start to the new Millenium for the Society! 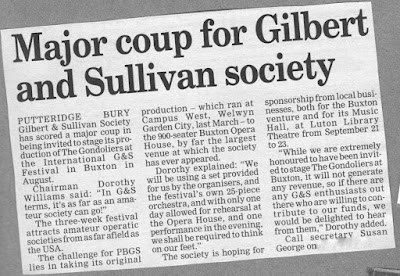 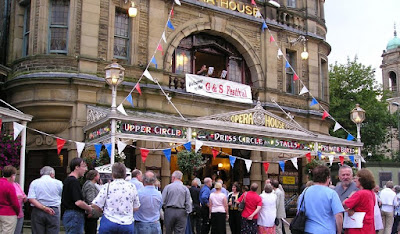 Throughout the 1990s PBGS continued to grow in reputation and in membership. In 1996 we made the ambitious decision to move our bigger spring shows to the larger venue of the Campus West Theatre, Welwyn Garden City, opening with a large-scale production of Yeomen of the Guard. For the first time we had the space to sing with a ‘full band’, to quote the Duchess of Plaza Toro, and enjoyed singing this wonderful score with a full orchestra. The larger stage and better facilities also offered scope for ambitious productions such as Carmen (1997) and The Merry Widow (1999). As our horizons expanded we found new audiences and drew our growing membership from throughout Herts and Beds, with some members coming from even further afield. 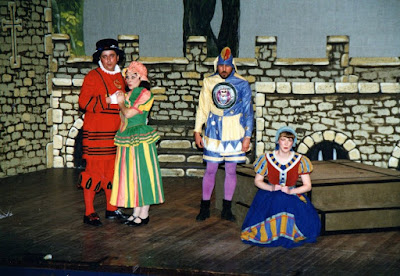