One week to Pinafore! 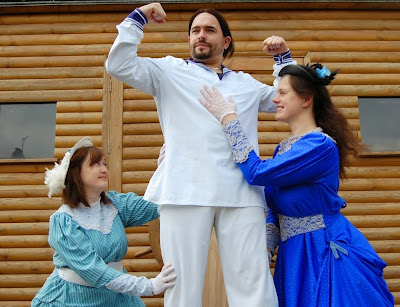 One week to go until we take the stage at the Queen Mother Theatre, Hitchin, with our fabulous production of HMS Pinafore. There will be a few G&S surprises along the way in this extended show!

As you can see from our rehearsal photos, we are working very hard in a show that will be full of movement and humour as Ralph, the lowliest Tar who ploughs the water, seeks the hand of Josephine, the Captain's Daughter, despite the best efforts of Dick Deadeye, Sir Joseph Porter and her Father. 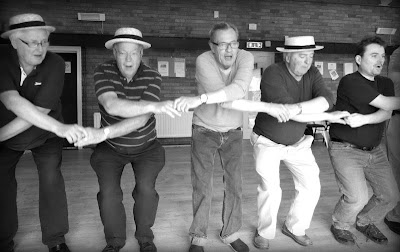 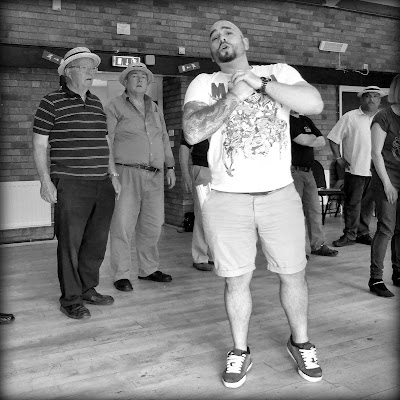 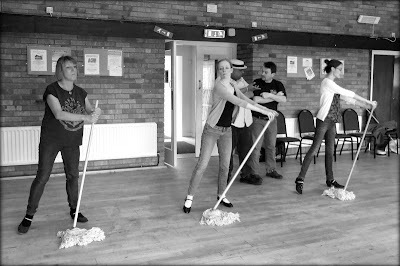 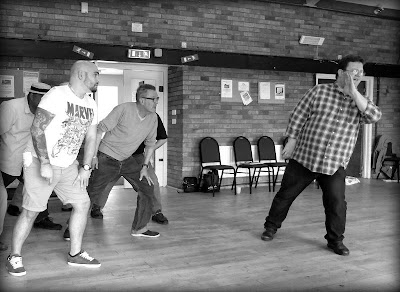 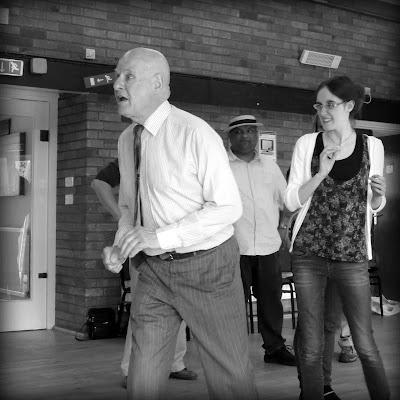 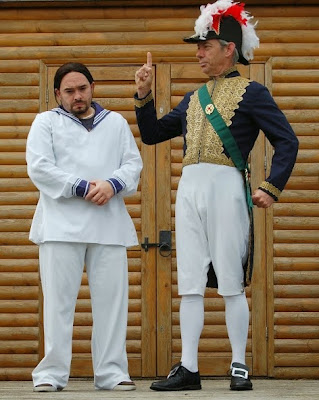 20 days to go to our production of HMS Pinafore! Will Ralph, 'the lowliest tar who sails the water' win the hand of Josephine and steal her away from her 'papa's luxurious home, hung with ancestral armour and old brasses', or will Joesphine end up Sir Jospeh Porter and a lifetime of hornpipes? Well - this is G&S. Can you guess? Book your tickets online by clicking our order button, or visit our Shows and Tickets page for more options. 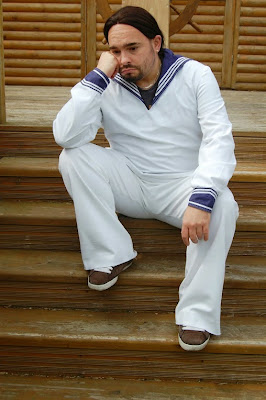 Mike Leigh, who is directing The Pirates of Penzance for the ENO, talks to The Times about why he thinks Glibert and Sullivan are underrated geniuses:

'The inscription of WS Gilbert’s memorial on the Thames Embankment in London reads “His Foe was Folly, and his Weapon Wit”. This is too coy. Gilbert saw the world as a chaotic place in which our lives are brutal accidents of birth, fate and human blunder, a jungle of confusion and delusion, where we all aspire to be other than what we are, and where nobody is really who or what they seem to be. Power. Status. Rank. Duty. Hypocrisy and affectation. Youth and old age. Gilbert’s obsessions inform all these operas, his greatest being the arbitrary nature of society’s absurd rules and regulations...'

Read the rest of Leigh's fascinating article here at www.thetimes.co.uk.

For your own slice of local G&S, don't forget to order your tickets for our June production of HMS Pinafore by clicking on our order button. For more booking info see here.

Why Pinafore will always 'sail the ocean blue' 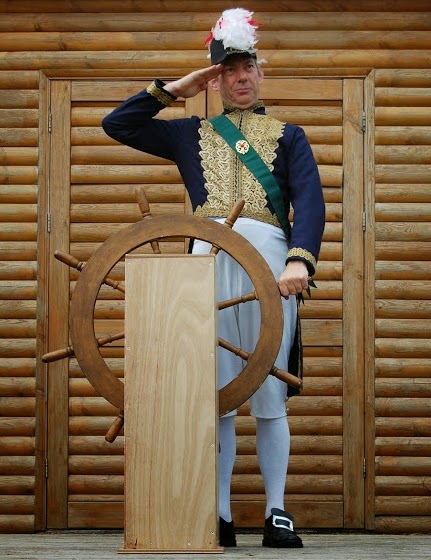 We are all really looking forward to presenting to you our coming production of HMS Pinafore, one of Gilbert and Sullivan’s most popular comic operas!

Pinafore opened on the 25th May 1878 at the Opera Comique in London. It was an instant success with 571 performances, an almost unprecedented run for the time. Originating from three of Gilbert’s popular Bab’s Ballads, Gilbert sent the idea for HMS Pinafore to Sullivan not long after the opening of Sorcerer. It contained, among other things, “a song (kind of “Judge’s song”) for the First Lord - tracing his career as office-boy in cotton-broker’s office, clerk, traveller, junior partner, and First Lord of Britain’s Navy” (Gilbert’s letter to Sullivan in 1877). Sullivan loved the plot idea, as did D'oyly Carte. In later years Gilbert admitted that the now familiar title, 'HMS Pinafore', was thought up purely as a rhyme to go with ‘and three cheers more'!

The operetta opened to mainly glowing reviews, with the Standard describing the set as “ So perfect a quarter-deck as that of HMS Pinafore has assuredly never been put upon the stage. Every block and rope to the minutest detail is in its place, in fact it is an exact model of what it represents... here we find that marvel of marvels, a chorus that acts, and adds to the reality of the illusion.” At least five numbers were encored on the opening night and the critics were full of praise for all the original principals which included later G&S luminaries, Rutland Barrington as Captain Corcoran and George Grossmith as Sir Joseph Porter. “The curtain fell amidst enthusiastic applause and Messrs. Gilbert and Sullivan and the principal performers were called to the footlights, and greeted most heartily, a compliment most thoroughly deserved, for the success of the comic opera and the genuine enjoyment of the audience had derived from it was unquestionable. The performance was, for a first night, capital.” (Era). Within a year its popularity was such that almost every major city in America had a company illegally performing HMS Pinafore (something which Gilbert, Sullivan and Carte had to go to great lengths to tackle in their next collaboration, The Pirates of Penzance!).

The Globe said that “it will probably be a long time before HMS Pinafore is laid up in dock”. So PBGS is proud to be ‘sailing the ocean blue’ with her at the Queen Mother Theatre Hitchin from 3rd – 6th June (including a Saturday Matinee). Click below to book your passage on Pinafore and join us on the Portsmouth tide: