Continuing our history of PBGS as part of our 50th celebrations, on 25th June 2012 we were asked by the BBC's "The One Show" (with one weeks' notice!) if we would perform the opening chorus from Iolanthe for them. This performance was to be recorded as part of the story of how Fairy lights gained their name. Iolanthe premiered at the Savoy and was the first ever show to be lit by electric light. New lighting technologies made such special effects as sparkling fairy wands possible for the first time. The principal fairies' heads were lit by wreaths of small illuminated stars attached to a battery.

Luckily we had a set of fairy costumes (as you do!) so we quickly choreographed the number, organised two hasty rehearsals and gathered as much fairy dust as possible! A small group us and two members of Wolverton G&S Society headed to the Harold Pinter Theatre in London's West End. After about ten takes with some close ups and wider shots, the filming was over 45 minutes earlier than scheduled, much to the production team’s delight.

Although the sequence ended up on the cutting room floor due to time constraints on the day, we loved being involved in this and we can say we have performed on a West End Stage! 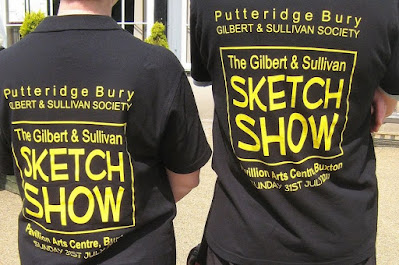 Continuing our history of PBGS, in 2011 we returned for a third time to Buxton and the International G&S Festival with our Gilbert and Sullivan Sketch Show, which we performed at the newly refurbished Pavillion Theatre as part of the Festival Fringe. Written and produced by current Chairwoman, Paula Fraser, it took the audience on a whirlwind tour through all the Gilbert & Sullivan repertoire, linking highlights and themes together and marking each one with a succession of hats and props. It was huge fun for us and the audience, with some crazy moments backstage as we constantly changed characters, but it showcased the huge range of talent in the Society by giving everyone something to perform. 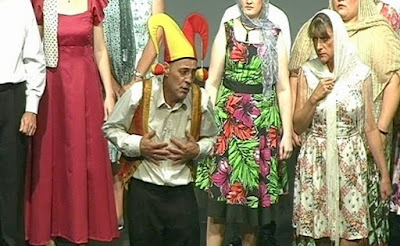 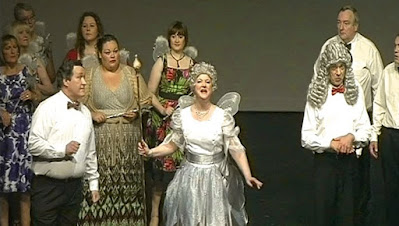 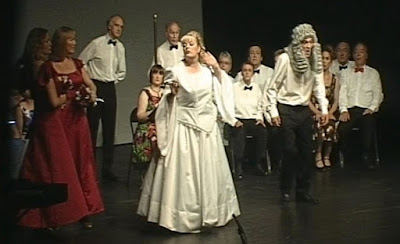 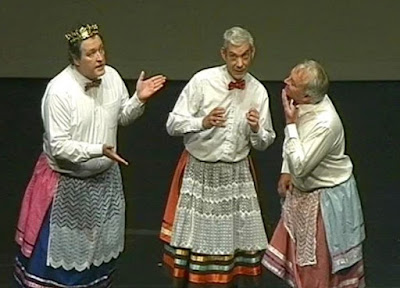