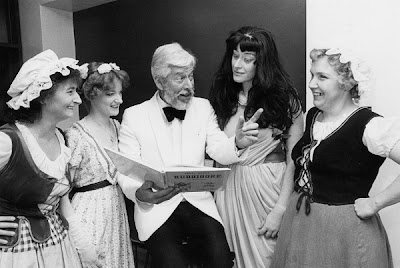 Putteridge Bury Gilbert & Sullivan Society, or PBGS for short, was founded in 1971 by Peter Jenkyns, lecturer at what was then the Putteridge Bury Teacher Training College in Luton, Bedfordshire, and June Pickard who was studying to become a teacher there. Peter was an accomplished singer, composer of children's vocal music and MD - even sought after by the D'Oyly Carte as a patter baritone - and June was an experienced performer and producer who had trained at the Royal College of Music. The first members were students who were part of the Department known as 'Music Main' and their very first production was that perennial favourite, The Pirates of Penzance. Early productions took place in the College Refectory during the October half-term holiday but very soon the Society's growing reputation for high musical standards and witty productions meant it expanded beyond a College Society, drawing its membership from across three counties.

In 1979 the expanding Society moved to Luton Library Theatre with a production of The Mikado, although rehearsals continued at Putteridge Bury until it became part of the University of Luton (now the University of Bedfordshire) in 1992. After Peter Jenkyn's retirement, Margaret Patterson became MD and then Chairman. Under her leadership the Society's horizons expanded further and PBGS diversified to perform non G&S shows such as Brigadoon, Die Fledermaus and Orpheus in the Underworld, always playing to the Society's strengths of strong operatic soloists and wonderful chorus sound. In 1996 PBGS moved its bigger spring shows to the larger venue of the Campus West Theatre, Welwyn Garden City, with a large scale production of Yeomen of the Guard. The larger stage and better facilities offered scope for ambitious productions such as Carmen (1997) and The Merry Widow (1999). However Gilbert and Sullivan remained, and still remains, the Society's bedrock. 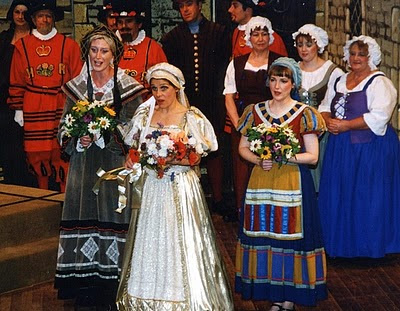 The Yeomen of the Guard, our first Campus West production, 1996

In 2000 and 2004 PBGS extended its horizons further, appearing in competition at the International Gilbert and Sullivan Festival in Buxton with productions of The Gondoliers and Princess Ida. In 2011 we took our Gilbert and Sullivan Sketch Show, written by member Paula Fraser, to the Buxton Festival Fringe. And in 2015, in a unique collaboration, we performed our acclaimed Fairyland production of Trial by Jury at the Festival Fringe in its new venue at Harrogate, alongside fellow Society Wolverton G&S's The Zoo. In 2018 we returned again to the Harrogate Festival Fringe with our all singing, all dancing Gondoliers. We have also been invited to perform at the Henley Rowing Club and at the Kenton Theatre, Henley on Thames. We've even tripped hither and thither as fairies for a BBC The One Show feature!

Since 2009 PBGS has had a home at the Queen Mother Theatre, Hitchin, with a rehearsal base at Streatley Village Hall, near Luton. We still perform a mix of musicals and operetta as well as our staple Gilbert and Sullivan repertoire, and have expanded our horizons to tackle the musical challenges of Stephen Sondheim with Into the Woods (2014), A Funny Thing Happened on the Way to the Forum (2017) and A Little Night Music (2018). We also give concerts both to raise much needed Society funds and for charity. All in all, a fitting legacy to our founder Peter Jenkyns, whose high musical standards are still paramount in everything the Society does.

If you would like to join us in our many shows, concerts and lively social life, or want to sponsor the Society or hire us for a concert, please click on our Contact Us Tab for details or email us at info@pbgs.org. 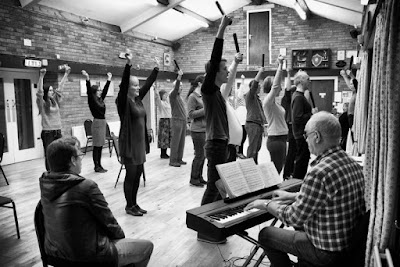