A big thanks to everyone who came to last night’s AGM, which was very well attended. All business was, amazingly, concluded by 9pm ready for our second set of Patience auditions. For those of you who missed the AGM there will be minutes available, so keep an eye on the Society noticeboard.

The AGM was a fitting end to our celebratory 40th Anniversary year, with a review of just how much we had done: Ruddigore, The G&S Sketch Show performed at Henlow, Buxton International G&S Festival and at Hitchin, and a string of concerts with acapella singing waiters, G&S at Ampthill and warbling in the open air at Letchworth Hall Hotel’s Proms in the Park. Quite an astonishing year, and one for which everyone in the Society is to be congratulated. The AGM wound up with a plethora of presents. Certificates were handed out by our Chairman to members who had been with the Society for 40, 30, 20 and 10 years, to mark and celebrate the extraordinary commitment made by many members to the Society. The fact that there was a big pile of them shows that PBGS is a ‘keeper’ for so many people who have joined over the years. Special mention should be made of our two 40 year members, Roy Bride and Clive Wheeler, who were with the Society at the very beginning in 1971, and are still valued members in 2011.

Two members were elected as Honorary Life Members: Paul Kerswill and Sue Wookey, both of whom have chalked up 30 years and over of performing, committee membership and assorted other essential tasks for PBGS, along with spreading a little mayhem along the way. Congratulations to Paul and… um… me.

Here’s to another 40 years and even more of those certificates : -). 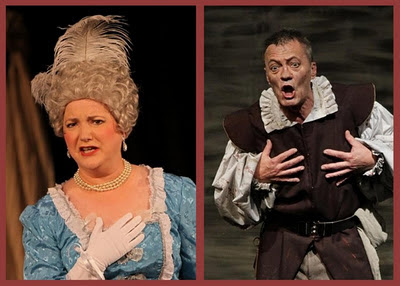 Don't forget that our AGM will be this Tuesday (29th November) at 8pm, Streatley Village Hall, Streatley. This has been a wonderful year for PBGS, and a good attendance at the AGM will round it off nicely!

Auditions for the Duke of Dunstable and Colonel Calverley will be after the AGM at 9pm. If you have ambitions to be a Heavy Dragoon, now's your chance :-)
.
at 20:22 No comments: 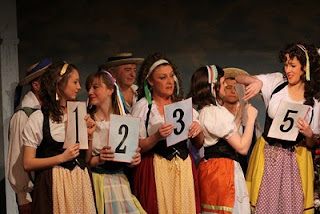 The PBGS AGM will be on Tuesday, 29th November 8pm at Streatley Village Hall, Streatley. To keep PBGS a dynamic Society and take us forward into our next 40 years, it's vital all members come along and have their say!

Yeomen of the Guard at Stewartby 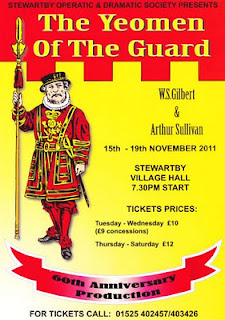 Next week Stewartby Amateur Operatic and Dramatic Society will be performing The Yeomen of the Guard at Stewartby Village Hall, with our own Alison Gibbs taking the part of Phoebe. The production forms part of Stewartby's Diamond Anniversary celebrations as they celebrate their 60th year.

The show opens on Tuesday 15th November and runs until Saturday 19th November, with tickets available for every night apart from Friday, which is now sold out. Performances start at 7.30pm.

Congratulations to Stewartby for 60 years of performing!

Email ThisBlogThis!Share to TwitterShare to FacebookShare to Pinterest
Labels: Gilbert and Sullivan, Stewartby, The Yeomen of the Guard

We now have a cast for Patience, after some very funny and rapturous performances from everyone who auditioned:

We are looking for a Duke and a Colonel Calverley, which is a classic G&S patter part, so if you fancy yourself as a Heavy Dragoon, contact us! 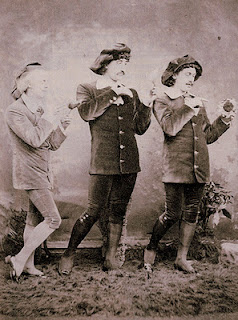 'You hold yourself like this...'
From the first production

A reminder that our Patience Auditions are this coming Tuesday (8th Nov), 7.45pm at Streatley Village Hall. If you are a member and still toying with giving it a go (go on, be brave!) then you will find downloadable PDFs of Lib, Music and Character audition details on our Notices Page. If you don't have a lib but would still like to give it a go, then a full Patience libretto can be found at the Gilbert and Sullivan Archive.

PBGS auditions are held in the open, so any member can come and watch and cheer us on, and they always turn out to be great fun!
at 10:36 No comments: