Our latest production of Princess Ida opens on the 6th April at the Queen Mother Theatre in Hitchin. Produced by Alison Gibbs and under the baton of our MD Margaret Johnson this is going to be a spectacular show full of some of Sullivan's best music.

Ida was G&S's eighth collaboration, opening at the Savoy Theatre in 1884 and running for 246 performances. Gilbert turned his razor wit on some of the major issues of the day - women's education, the rise of feminism and Darwinism. Princess Ida runs a women's university at Castle Adamant and teaches that man is the source of all ills. That, indeed, he is no more than a 'monkey shaved'. But three young men disguised as women have invaded their hallowed halls and one of them, Prince Hilarion, was betrothed to her when she was only one year old. He wants to win her hand hoping she will fall in love with him, but when his father arrives with an army to enforce the marriage Ida decides to fight. But not all the ladies are so ready to go to war...

Based on Gilbert's own earlier burlesque of Tennyson's poem The Princess-A Medley, Princess Ida is the only G&S opera written entirely (and brilliantly) in blank verse and the only opera they wrote in three acts. Sullivan produced some of his finest music, including 'The world is but a broken toy', considered by many to be one of his most beautiful melodies. 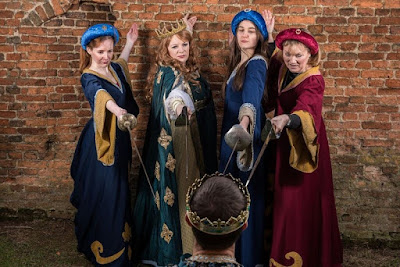 Our own production, which runs from the 6th - 9th April, brings all that you'd expect from a PBGS production - outstanding singing, chorus's to lift the roof off, plenty of humour and some spectacular costumes. Time to book your ticket if you haven't already done so!

Not long now until our fabulous production of Princess Ida! As you can see rehearsals are coming along with lots of movement including sword fighting and even some ballet. Tickets now available direct from the PBGS Box Office or direct from the Queen Mother Theate, Hitchin.

A couple of local productions to enjoy before our own fabulous production of Princess Ida kicks off on 6th - 9th April (have you booked your tickets yet?). PBGS members are taking part in two shows this month:

And HLOS are presenting The Wedding Singer on the 14th - 19th March at Harpenden Public Halls. 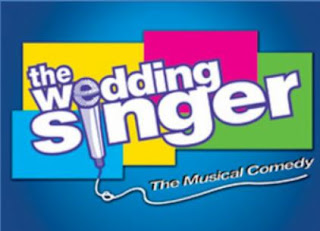