We are spoilt for choice in March with two local shows to support!

Wolverton G&S Society are performing HMS Pinafore and The Zoo on the 17th - 31st March. Several PBGS members are in both groups and are taking roles. This is a chance to see the production of The Zoo that Wolverton will be taking up to the International Festival of Gilbert and Sullivan in Harrogate, in tandem with our production of Trial by Jury.

Hitchin Thespians are Performing Jack the Ripper on 18th - 21st March at the Woodside Hall in Hitchin. This is another chance to see the fantastic Pember and De Marne musical that PBGS enjoyed doing so much back in 2012. 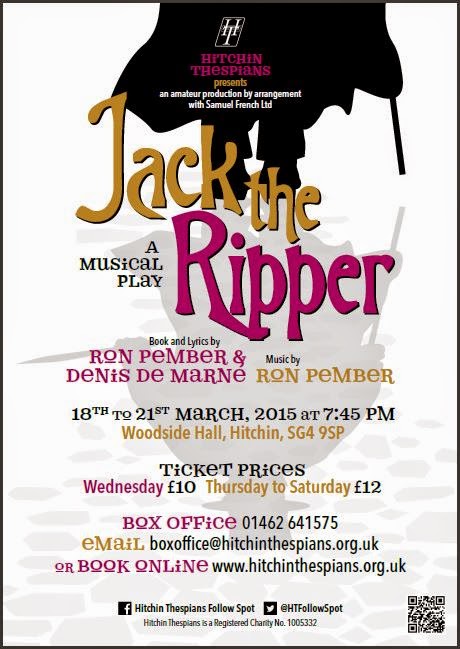