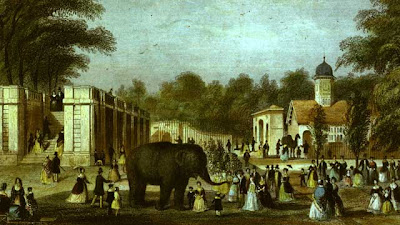 Not long now! Our Triple Bill opens in 10 days and there are still tickets available for all nights. We advise booking now for Friday 12th and Saturday13 March to avoid disappointment because these nights always prove popular!

Sandwiched between Cox and Box and Trial by Jury we are presenting The Zoo by Sullivan and Stephenson, a farcical tale of two pairs of lovers - a nobleman who is wooing a seller of cakes and buns, and a young chemist who mistakenly believes he has accidentally poisoned his beloved. Set in London Zoo, all kind of confusion reigns until all is finally resolved and the couples live happily ever after.

The Zoo premièred in 1875 at the St James’s Theatre, just 10 weeks after Trial By Jury opened at the Royalty Theatre. At this point Sullivan’s great partnership with Gilbert was still in the future, with Sullivan composing Trial with Gilbert, The Zoo with Stephenson and two comic pieces with Burnand (including our opening piece, Cox and Box). How Sullivan came together with Stephenson (then writing under his pen-name of Bolton Rowe) is the source of a lot of speculation. But it appears likely that the libretto at the very least was being prepared by Stephenson while Sullivan was getting ready for Trial by Jury with Gilbert, and Sullivan was probably already committed to The Zoo and had started on the music.

When The Zoo opened at St James's Theatre, it shared the bill with Gilbert’s comic play, Tom Cobb. As with Cox and Box, which Gilbert reviewed, the two seemed to be always circulating within each other’s orbit waiting for destiny to finally push them permanently together.

After a short period at St James's, The Zoo transferred to the Haymarket and finished after a five week run. It had two short revivals before vanishing from sight, having never enjoyed the success of its competitor, Trial by Jury. But Gilbert was already a well known comic writer and librettist while Stephenson had all his success still before him. Luckily for us and comic opera lovers everywhere, this gem of a piece was rediscovered by Dr Terence Reece, who bought the manuscript at an auction and arranged for it to be published. Its modern premiere was given by the Fulham Light Opera in 1971 and a recording by D'Oyly Carte Opera Company in 1978 ensured that this wonderfully funny work re-entered the canon. It has remained popular ever since! 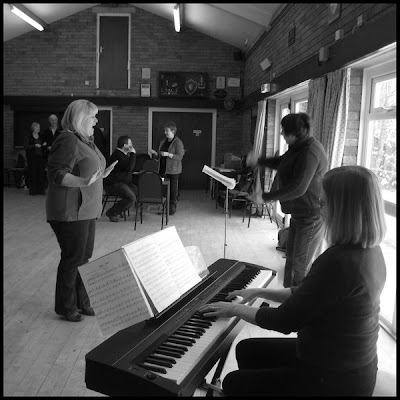 For full booking details visit our Next Show Page.