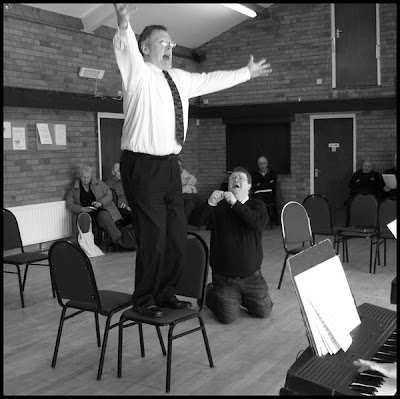 It’s not long now until our Triple Bill, which will be showing at the Queen Mother Theatre, Hitchin from 10th-13th April. We will be opening our trio with Cox and Box. Written by Sullivan and Burnand, this is a first for Putteridge Bury and tells the increasingly surprising story of two men - one who works days and one who works nights - who are unwittingly renting the same room. It has all the elements of farce and we know our audiences will enjoy every minute of it.

The idea for Cox and Box originally came from F.C. Burnand who was holding a musical supper party and thought it would be a good idea to set Maddison Morton’s farce, Box and Cox, to music. He persuaded Sullivan to write the music, the title was reversed, and it was presented at midnight to an audience of mainly actors who had arrived straight from their various theatres. George du Maurier (of later Trilby fame) played Box. The party and the presentation went so well that it was repeated at the home of artist and business man, Arthur Lewis, with Sullivan again playing the piano. After a third charity presentation Sullivan orchestrated it and on 11 May 1867 it received its first public performance at the Adelphi Theatre.

In the audience at the Adelphi was the critic of Fun magazine, who was none other than W. S. Gilbert, oblivious of what the future would hold. Sullivan, equally oblivious, saw his work with Burnand, which included The Contrabandista, as a bit of a fun detour from his serious composing career. Like Cox and Box, the two were destined to ‘collide in the same room’ and forge a connection that they could never have imagined.

You can book online for our Trio, which includes Trial By Jury and The Zoo, at the Queen Mother Theatre Website, or you can ring their Box Office on 01462 455166. If you want to order directly through PBGS then please contact Ketina on 07946 264886 or email us at putteridgeburygs@gmail.com. Please also contact us directly if you'd like to make a group booking. 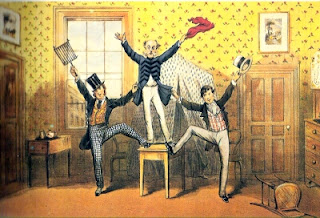 Sources: Gilbert and Sullivan and their World by Leslie Baily. Wikipedia.
Photo: Sue Wookey
.
at 14:41