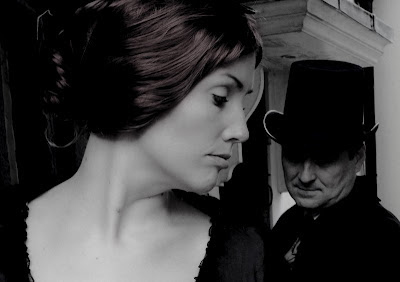 In the late 1880’s the British public was gripped by the grisly murders of several East End prostitutes. Out of 11 Whitechapel murders between 1888 and 1891, only five are still linked to the infamous Jack the Ripper: Mary Ann Nichols, Annie Chapman, Lizzie Sride, Catherine Eddowes and Mary Jane Kelly. All had their throats cut and suffered mutilation, leaving the women of the East End gripped with fear. So much hype and mystery surrounded the unsolved murders that, even today, the name ‘Jack the Ripper’ is synonymous with terror. The crimes were considered too much for the local constabulary to tackle and Scotland Yard was brought in, leading to one of the Victorian periods greatest and most notorious man hunts. On 27th September 1888 the Central News Agency received a chilling letter. Beginning “Dear Boss” it went on to say “I am down on whores and I shant quit ripping them till I do get buckled...”. Signed ‘Jack the Ripper’ it gripped the imagination of the public and gave the murderer his infamous name. After the Eddowes murder on 30th September 1888 the case was so famous that it appeared in newspapers as far away as America and countless theories were being put forward – the Ripper was a doctor, someone working in a slaughterhouse, a lunatic – the tabloids printed lurid pictures of a shabby doctor like figure with a hat and a bag, countless men were arrested on suspicion and released, and vigilante groups started patrolling the streets. The police’s problems escalated when they were flooded with copycat letters from people claiming to be the Ripper. The height of the panic came with the gruesome murder of Mary Kelly in November 1888, which exceeded anything seen before and coincided with the resignation of the Metropolitan Commissioner of Police, Sir Charles Warren. Although there were two further Whitechapel murders, Kelly was probably the Ripper’s last victim.

The true identity of Jack the Ripper and why the murders suddenly stopped is one of criminology’s enduring mysteries, spawning countless books, theories and discussions which continue today. The focus is usually on the Ripper, but our Show, Jack the Ripper by Ron Pember and Denis de Marne, finally gives the victims the chance to speak. Over the next few weeks we will be posting more dramatic cast photos to give you a taster of our production, which runs from 10th - 13th October.

Our rehearsals are picking up pace and we can promise a fascinating Show where memorable music, words, humour and tragedy allow the lives of the Ripper’s victims to finally take centre stage over the notorious murderer himself. Set in a Music Hall and on the dark and grimy streets of London, we invite you into their world.

You can book your tickets for Jack the Ripper on-line at the Queen Mother Theatre. You will also find alternative booking details here. 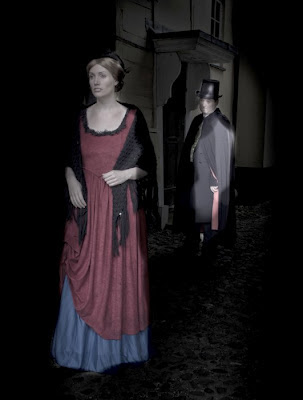 Reference details taken from: History of the Metropolitan Police.