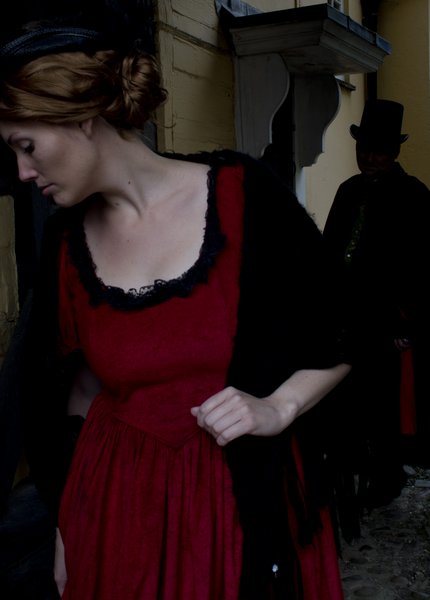 We’re continuing the build-up to our Show, Jack the Ripper by Ron Pember and Denis de Marne, with a look at the lives of the people who lived in Whitechapel, brought vividly to life through music, drama, tragedy and the wry comedy that binds people together through the worst of circumstances.

By the time of the Ripper murders, Whitechapel had become a place of poverty, unemployment, overcrowding and vice of every kind. Nearly 80,000 people were crowded into dismal living conditions, caused by rising rents and the tearing down of unsanitary buildings under the 1875 Artisans and Labourers Dwelling Act. The new buildings meant to replace them were too expensive for people to move back into and the common lodging house became the only thing between most people and the streets. Overcrowded and filthy, many social reformers of the time believed the lodging houses were rife with vice and prostitution, adding to the 63 East End brothels.

Unemployment was high, with an influx of European immigrants fleeing persecution adding to the tension. Most of those lucky enough to be in employment worked 18 hour days in overcrowded sweat shops for minimal wages. Many Whitechapel residents escaped from their grim living conditions, poverty and the grind of sweated labour by spending most of their spare time in the numerous public houses, where drunkenness was rife, leading to more disease and unemployment. Worst of all it led to violence which was so commonplace and accepted in the East End, especially against women, that the journalist George Sims commented before the Ripper murders in 1883 that "the spirit of murder hovers over this spot, for life is held of little account."

For many women, the only way to make a living was through prostitution. Out of the five known ripper victims, three were known to have been previously married, but had been abandoned by or left their husbands. The 1881 census tells us that Elizabeth Stride was married to a carpenter and had moved to London from Sweden, where she had previously worked as a prostitute. By the time of the Ripper murders she was a widow. Catherine Eddowes had a husband and two children at the time of the census and was working as a charwoman, but fell into prostitution to pay the rent on her Spitalfields lodging house. Annie Chapman was married to a stud groom and living near Windsor at the time of the census, but after a series of tragedies, including the death of their 12 year old daughter, they turned to drink. After separating, Annie returned to London and the streets. There is no census information on Nichols, but we know she was born in Limerick, lived in Cardiff and worked in a brothel after arriving in London in 1884. There is no census information on Chapman either but The Star newspaper reported after her horrific murder in 1888 that she “had perhaps a happy and innocent girlhood, and was once a wife, had to turn out and seek the sale of her body for the price of a bed."

The police turned a blind eye to prostitution in the East End where it was rife but rarely came to the attention of the respectable. For the most part the women were left to their trade - prostitution wasn’t a crime and the police could only arrest a prostitute if they create a public disturbance.

It was in this hotbed of poverty, vice, slum conditions and little regard for life that Jack the Ripper carried out his murders, the horror of which finally shed a light on the lives of the people of Whitechapel.

You can join us in the Music Hall and on the streets of Whitechapel by booking your tickets for Jack the Ripper on-line at the Queen Mother Theatre. You will also find alternative booking details here. 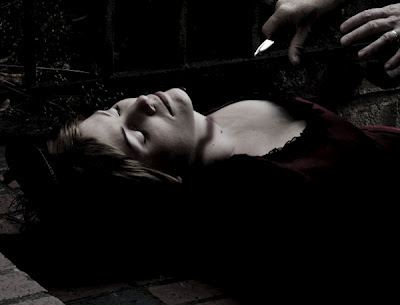