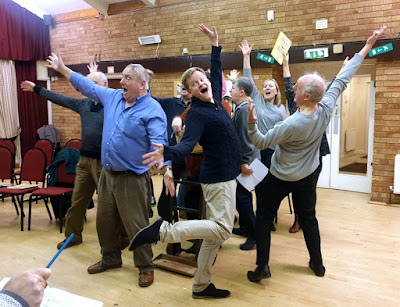 Rehearsals are coming along well for our Trial/Sorcerer Double Bill. It's always hard rehearsing two separate shows (or in the case of the last time we mixed shorter shows up... three!!!). One month you are in the village of Ploverleigh being dosed with a magic potion, the next you are in a court room trying to decide who is the guilty party in a breach of Promise of Marriage. In both cases you are caught up in typical G&S romantic mayhem. And taking of mayhem, that's our Jury above, not behaving as soberly as you would hope in a Court of Law.

Expect several digs at journalistic bias in our modern day Trial by Jury, as a celebrity case comes to court, and some very unexpected surprises in The Sorcerer - Ploverleigh might seem strangely familiar...

Great G&S music and comedy and the usual outstanding performances that you expect from PBGS. Be sure to book your tickets early by clicking on the link below! 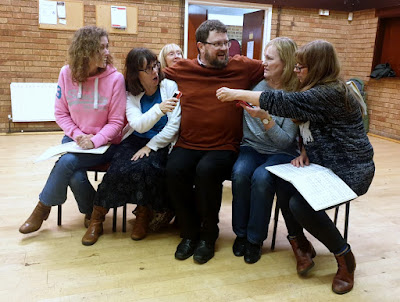 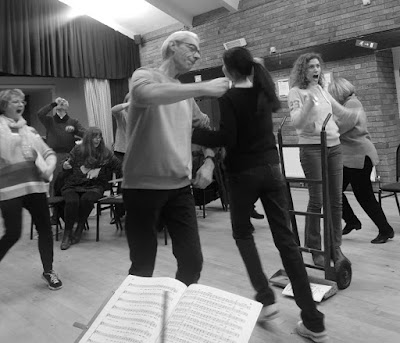