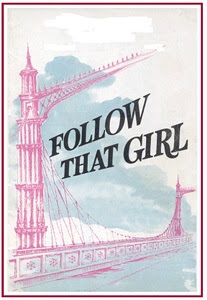 Wolverton Gilbert & Sullivan Society are presenting Follow That Girl from the 4th - 6th July at the Creed Street Theatre, Wolverton. As always, several PBGS members are involved and this is a great chance to see another show by Julian Slade and Dorothy Reynolds, who wrote our current PBGS show, Salad Days. From the Wolverton Website:


'Follow That Girl is a musical adapted by Julian Slade and Dorothy Reynolds (who also wrote Salad Days and Hooray for Daisy.) from their original Bristol Old Vic production Christmas in King Street.

The story centers on a girl named Victoria Gilchrist, whose parents want her to marry one of two businessmen. She objects and runs away. Her capture after a long chase by a policeman, Tom, leads to romance and finally marriage to him.'