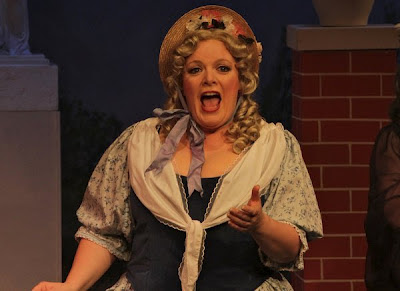 Congratulations to Paula Fraser who has been nominated for Best Comedy Performance for Patience in 'Patience' in NODA's 2011-2012 District 3 Awards!  PBGS has also received a nomination for Most Colourful/Suitable Costumes.

The winners will be announced at the District Meeting on 9th September 2012, with the runners up also receiving a Certificate of Distinction. Way to go Paula!!!! And all of us for wearing those costumes so well : -).