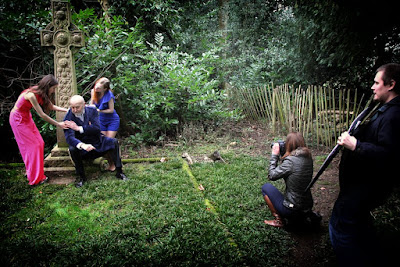 Photo shoots for press releases are always fun and when you get to dress up as a pirate, police woman, a "little princess" or the Major General, well you know it is going to be a giggle. And so it was, that some of the cast from our March production of The Pirates of Penzance ventured out on a brisk February morning and headed into the Hertfordshire countryside to the dusty old ruins of General Stanley's baronial hall.

After a quick change into our costumes, Victoria, our fabulous photographer set us in position and the shoot began. We had pirates chasing daughters, daughters posing and preening, the Major General squaring up to the Pirate King not to mention the very courageous WPC Rehm arresting the Pirate King. The click of the camera shutter echoed around the set as we re-enacted some of the best known scenes from the show. We probably could have finished a little sooner had we not laughed so much at our very glamorous "daughters" tottering their way through the ruins in giant high heeled shoes and not very warm outfits, or spent so long feeling the lovely plush (and warm) dressing gown of the Major General's second act costume but we were having fun!

So watch out for the photos from the shoot coming soon and don't forget to order your tickets now for our show "The Pirates of Penzance", 29 March - 1 April 2017 at The Queen Mother Theatre, Hitchin. 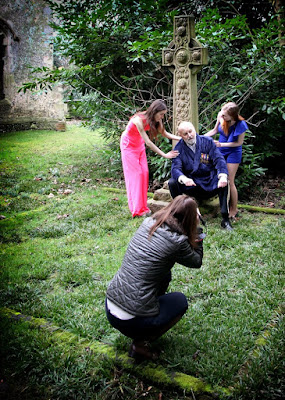 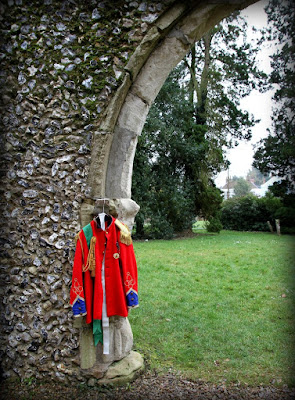