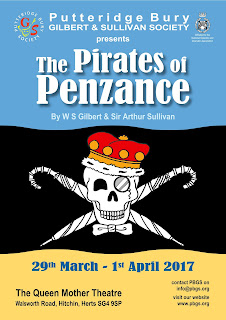 We now have a cast for our next production of The Pirates of Penzance. Well done to those who were successful and to all those that auditioned, the standard was extremely high for all parts and it gave the panel a very difficult task!