A BIG thank you to the audiences who came to support us for The Best of All Musical Worlds. I think you'll agree that it was a fabulous concert which showcased the many talented members that PBGS has! It also gave us a chance to sing with Luton Male Voice Choir, who ended their guest performance with us by giving a truly beautiful rendition of 'Bridge over Troubled Water'. Many thanks to their MD, Stuart Elliott, who also took up the baton for PBGS.

Our next PBGS show will be Gilbert & Sullivan's comedy of the sexes, Princess Ida, which we showcased at the end of our concert. Princess Ida will be presented at the Queen Mother Theatre, Hitchin on the 6th - 9th April 2016. We really hope you will join us at Castle Adamant! 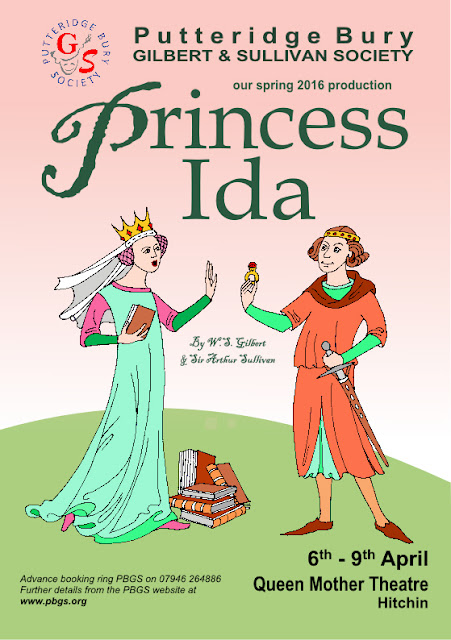