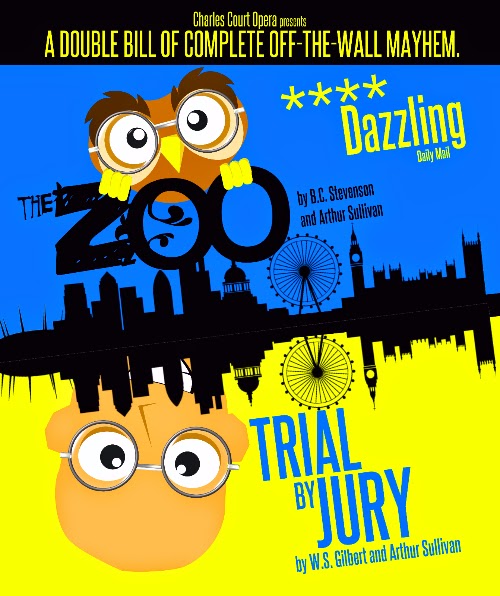 The fantastic Charles Court Opera are presenting The Zoo and Trial by Jury at the Kings Head Theatre:


'Hot on the tail of their 10 year anniversary Ruddigore, Charles Court Opera "the masters of G&S in small spaces" (CNJ) present this special treat for CCO and King's Head opera fans - a one act comedy from Bolton Rowe and Sullivan, set in a tumultuous London Zoo, with a suicidal chemist and a Peer in disguise, and Gilbert and Sullivan's parody of the British judicial system. Both are given a CCO treatment that will leave your sides splitting as you roll down the aisle.

These two hilarious farces promise a veritable cocktail of madness and mayhem for a strictly limited season of only 8 performances.'

The Zoo & Trial by Jury