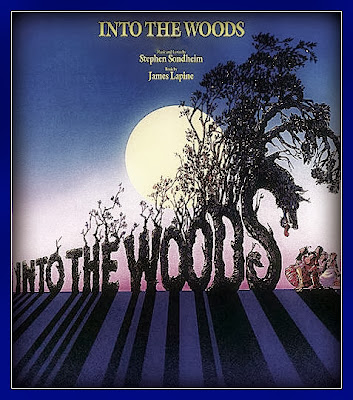 Next autumn we will be following our current show, The Mikado, with Sondheim and Lapine's wonderful musical Into the Woods, 8-11 October 2014. As this is a show with a very big cast and is a new departure for PBGS we will be casting early!


"An ambivalent Cinderella? A blood-thirsty Little Red Ridinghood? A Prince Charming with a roving eye? A Witch…who raps? They’re all among the cockeyed characters in James Lapine and Stephen Sondheim’s fractured fairy tale. When a Baker and his Wife learn they’ve been cursed with childlessness by the Witch next door, they embark on a quest for the special objects required to break the spell, swindling, lying to and stealing from Cinderella, Little Red, Rapunzel and Jack (the one who climbed the beanstalk). Everyone’s wish is granted at the end of Act One, but the consequences of their actions return to haunt them later, with disastrous results. What begins a lively irreverent fantasy in the style of The Princess Bride becomes a moving lesson about community responsibility and the stories we tell our children."

You will find a full synosis of Into the Woods on www.sondheim.com.