There are several local shows coming up between now and April, two from our fellow G&S friends at Wolverton, and one from Hitchin Thespians that will appeal to all operetta lovers: 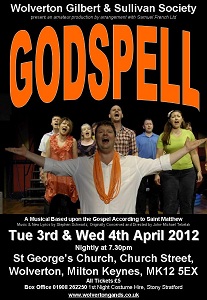 
Wolverton G&S: The Sorcerer/Cox and Box 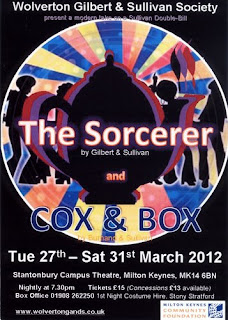 Full details of both productions can be found on the Wolverton G&S Society website.


Hitchin Thespians: Orpheus in the Underworld 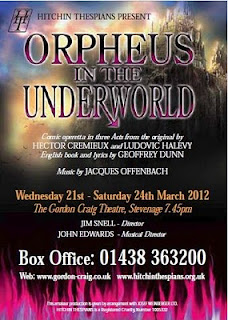 Hitchin Thespians are presenting Offenbach's comic operetta, Orpheus in the Underworld, from 21-24 March 2012 at the Gordon Craig Theatre, Stevenage. This production promises a touch of Panto and a new translation of the libretto:


...a fun-packed show with a new translation by Geoffrey Dunn and (of course) Offenbach's lilting tunes - including the timeless can-can.

Full details can be found on the Hitchin Thespians Website.
at 20:02